Find Other Singles In
Pennsylvania! 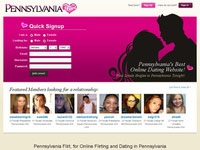 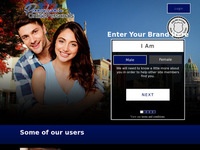 "I'd rather kiss a Wookiee!"

"I'd rather kiss a Wookiee!" "You can call me Great One, most people do!" ~ Guess who in the EU says that and you've already got me figured out.

But in real life... My name's Gala and I am currently going to UPenn (NOT Penn State) for college in Philadelphia, Pennsylvania. I'm originally from Zagreb, Croatia although I have lived overseas in Dubai, UAE all my life. Gotta say, ppl generally can't guess where I'm from so I'm just a global nomad... but also a world citizen! A chameleon of sorts, been referred to that pesky lovely reptilian creature by ppl ranging from my best friend in kindergarten to my current history teacher... I'm majoring in English and triple-minoring in English, cinema, and anthropology, and finishing half a year early... because I'm an obsessive over-achieving lil betch who needs to do too many things at once. I'm constantly on some crazy quest for glory. In my private life, I'm a pop-culture fanatic, have a huge obsession with anything and everything related to Star Wars (the original trilogy shall always be the best!), Lord of the Rings, James Bond (still have to figure how my parents named me after the only Bond girl to dump dear 007), Marvel comics (totally dig X-Men and the sad truth is that I got into it cuz I naturally have hair like Rogue...), and vampires (fixation here being Underworld). My biggest passion is costuming w/o a doubt. I do custom wig commissions and am working on lots of Star Wars costumes in the meanwhile, from Marasiah Fel to Mara Jade's dancer outfit from Jabba's Palace. And I'm looking to get a custom Jaina Solo lightsaber because I'm delusional enough to think I'm her in "Earth" form or whatever you wish to call the alternate universe we're all stuck in. I can relate to Jaina a LOT as my dad's a pilot, I'm very good w/technical stuff and I've got the attitude down from the sassy Goddess behavior to the workaholic tendencies. ...So if you think you're Jag, Kyp, or Zekk... ...I promise I won't shoot you down at first shot.

Their Body Type
slim, skinny, large, fit, average, athletic
Orientation
straight
Their Ethnicity
Caucasian
Relationship
single - never married, single, off the market, just here for friends, widowed
Have Kids
no - maybe with the right person, no - do not want kids, no - definitely want them though
Their Education Level
post-Graduate, some college, currently in college, college grad
Do they smoke?
no - will not date a smoker
Do they drink?
no, socially
Drugs
never, prescription only
Gender
Male

FIND Other Singles In
Pennsylvania